by THE DANDELION SET & ALAN MOORE 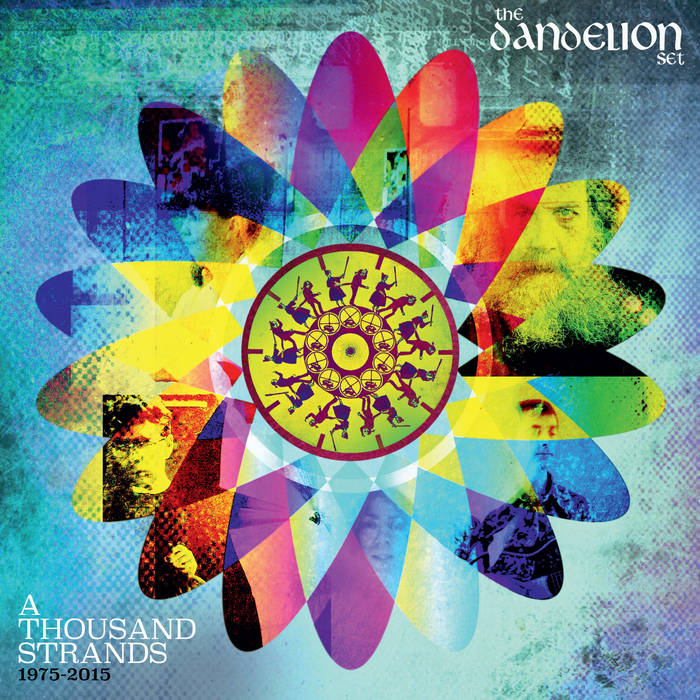 Sven B. Schreiber Oh well, what can I say... I know, the term "masterpiece" should be used scarcely, but in the case of this album I can't help it - it's really the most appropriate description. "The Dandelion Set" is basically Glyn Bush and PK Chown, joined by Alan Moore on some tracks as lyricist and vocalist. The entire album is so damn freaked out that I won't dare to assign it to a predefined genre. I can only conclude that occasional parallels to "Soft Machine" and Frank Zappa are detectable, as well as some trip hop traces. Yeah, can't help it - a masterpiece, for sure! Favorite track: Another Suburban Romance (Finale).

Tom Landon This is a masterpiece! Progressive-tinged pop - or pop-tinged progressive, who cares? Excellent songs, excellent and often surprisingly sophisticated music and killer arrangements / production. In particular, check out the track 'Another Suburban Romance' and the two following it - a must for Canterbury fans, reminiscent of Blegvad/Greaves' Kew Rhone.

Thanks to all involved! Favorite track: Another Suburban Romance (Main Title Theme).

DJHDD When DJ Food of Ninja Tune fame recommends this to you as soon as it's released, you know your onto a good thing. The cosmic sounds of psychedelic electronic prog rock, lounge and a wee bit of space jazz mesh to sound like the illegitimate offspring of a 60's Soft Machine with a touch of 90's Air. Favorite track: Judy Switched Off The TV.

'A Thousand Strands' is the debut long-player from The Dandelion Set, a new collaboration between Glyn 'Bigga' Bush (Lightning Head, Rockers Hi Fi) and PK Chown (James Beige, Mr Liquorice). The album travels back to their formative years in the mid 1970s, with sleevenotes, lyrics and vocals by cult writer Alan Moore (V For Vendetta, Watchmen) and passes through a cavalcade of musical landmarks en route to the present day.

"Brilliant - what a breath of fresh air"
Karl Hyde, Underworld

"with pinpoint accuracy they bounce between strange visions of utopia gone to the dogs and a very unnerving yet calm familiarity" Peter Marks, Santa Sangre Magazine

“A corker of an album - imagine Stereolab, Soft Machine and all points in between, including spoken word by Alan Moore!”
Jez Butler, The Twelve Hour Foundation

“If this is not a score to a movie yet, it should be! Invoking scenes from the past, present and future” Morning Steppa

“a proper album – all killer tracks, the sort you can listen to over and over. 5/5” Alex Cooper, Freezepeach Radio

“A proper album – all killer, the sort you can listen to over & over. 5/5”
Alex Cooper, Freezepeach Radio (UK)

“Great! Hard to believe it was recorded in the present day - really captures the sound from eras past”
Jason Pulaski - KUCI, Ubiquity, USA

“Turns in, out & upside down like a cosmic Rubik snake”
Craig Burston, Skipratmedia, UK

“What a release - killer from start to finish”
Niksa Dragolin – Zsubaka radio , Croatia

Featuring Oakland sounds from the Smart Bomb collective and Samplelov.